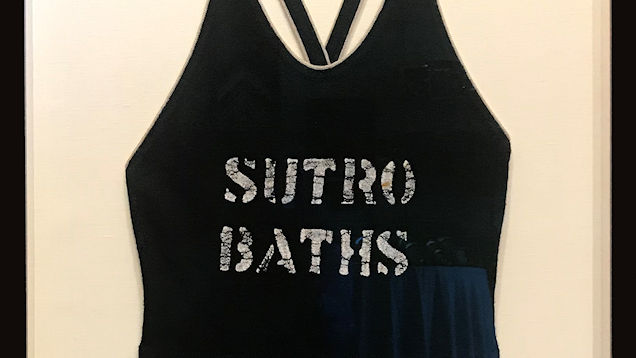 The client wanted to protect and preserve a Sutro Baths Swimsuit acquired at auction after the San Francisco Cliff House closed its doors.

Our client was thrilled, and we enjoyed preserving a part of San Francisco History. 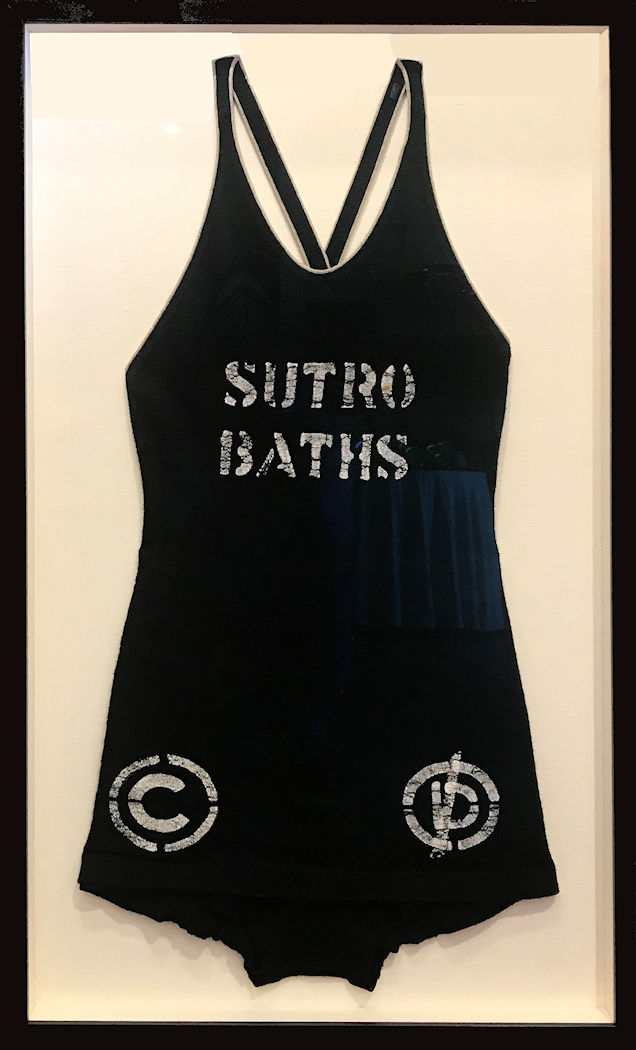 The Story behind the Sutro Baths

Adolph Sutro. The self-made millionaire who designed the Sutro Heights and later the amazing Sutro Baths in 1894. With his special interest in natural history and marine studies, he constructed an ocean pool aquarium among the rocks north of the Cliff House.

Sutro’s dream for the Baths was to provide a healthy, recreational, and inexpensive swimming facility for thousands of San Franciscans. A classic Greek portal opened to a massive glass enclosure containing seven swimming pools at various temperatures. There were slides, trapezes, springboards, and a high dive. The power of the Pacific Ocean during high tide could fill the 1.7 million gallons of water required for all the pools, in just one hour. The Baths could accommodate 10,000 people at one time and offered 20,000 bathing suits and 40,000 towels for rent.

The era of the Baths was the era of the “still fully clothed” swimsuits. Men’s suits were heavy woolen tank top-style, reaching to mid-thigh, with knee-length shorts underneath. The women’s suits were more dress-like, with a skirt down to the knees and knee-length shorts underneath. The garments were wool and emblazoned with “Sutro Baths” across the chest. You rented your suit for the day, you did not get to bring your own. 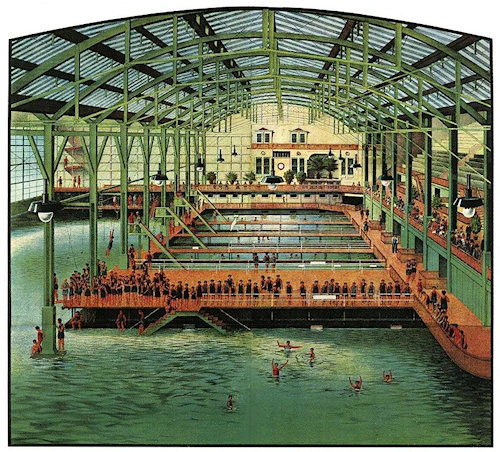 Got a unique framing or display project?

Please bring it to one of our three San Francisco Picture Framing shops so we can take a look and find the best framing and display solution for you.